A group in Bonavista says it’s done the math, and upcoming cuts to the region’s hospital — and the closure of its advanced education and skills office — will end up costing more in the long run.

“To take government services away from a rural area, diminishes a rural area,” said Linda Hogan, vice president of the Bonavista Area Chamber of Commerce.

In an interview with CBC Radio’s St. John’s Morning Show, Hogan said the advanced skills office has been operating in Bonavista for more than 60 years and is the largest of the 10 offices slated to close.

“That office actually services over 400 clients a month. That’s a lot of people,” she said.

Three positions there are being cut, while the remaining four will be moved an hour and a half away to Clarenville.

Hogan said her group spoke with the Minister of Advanced Education and Skills, Gerry Byrne, Monday night and “were very disappointed” when members couldn’t convince him to consider an alternative.

The chamber of commerce proposed moving the four remaining positions to the nearby College of the North Atlantic campus, where Hogan said there’s room available and rent would be cheaper.

But she said there’s no indication the province is willing to reverse its decision.

“It’s a done deal and, barring a miracle, that [advanced skills] office is moving to Clarenville,” Hogan said.

The hospital’s X-ray service is also being scaled back by four hours per day, something Hogan doesn’t believe will save the province much money.

“This is an emergency situation. This is not scheduled X-rays — this is in the emergency room,” she said. 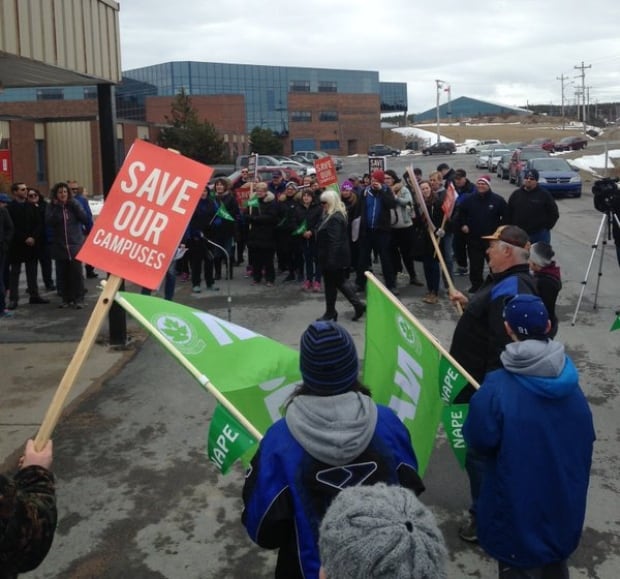 While cutting X-Ray hours could potentially save the province about $90,000, Hogan said that doesn’t factor in the added costs of bringing a patient to Clarenville by ambulance.

She said an employee must also escort patients to Clarenville, and government isn’t factoring in the cost of overtime.

“A number of the lab technicians have been cross-trained to do X-rays so it could just be a matter of scheduling the employees to work the four-to-eight shift so we can maintain the X-ray,” she said.

Hogan said the chamber of commerce has arranged a meeting with the minister of health next week.

“We just don’t see any real reason for moving this other than just a policy of centralization.”

Scroll back to top